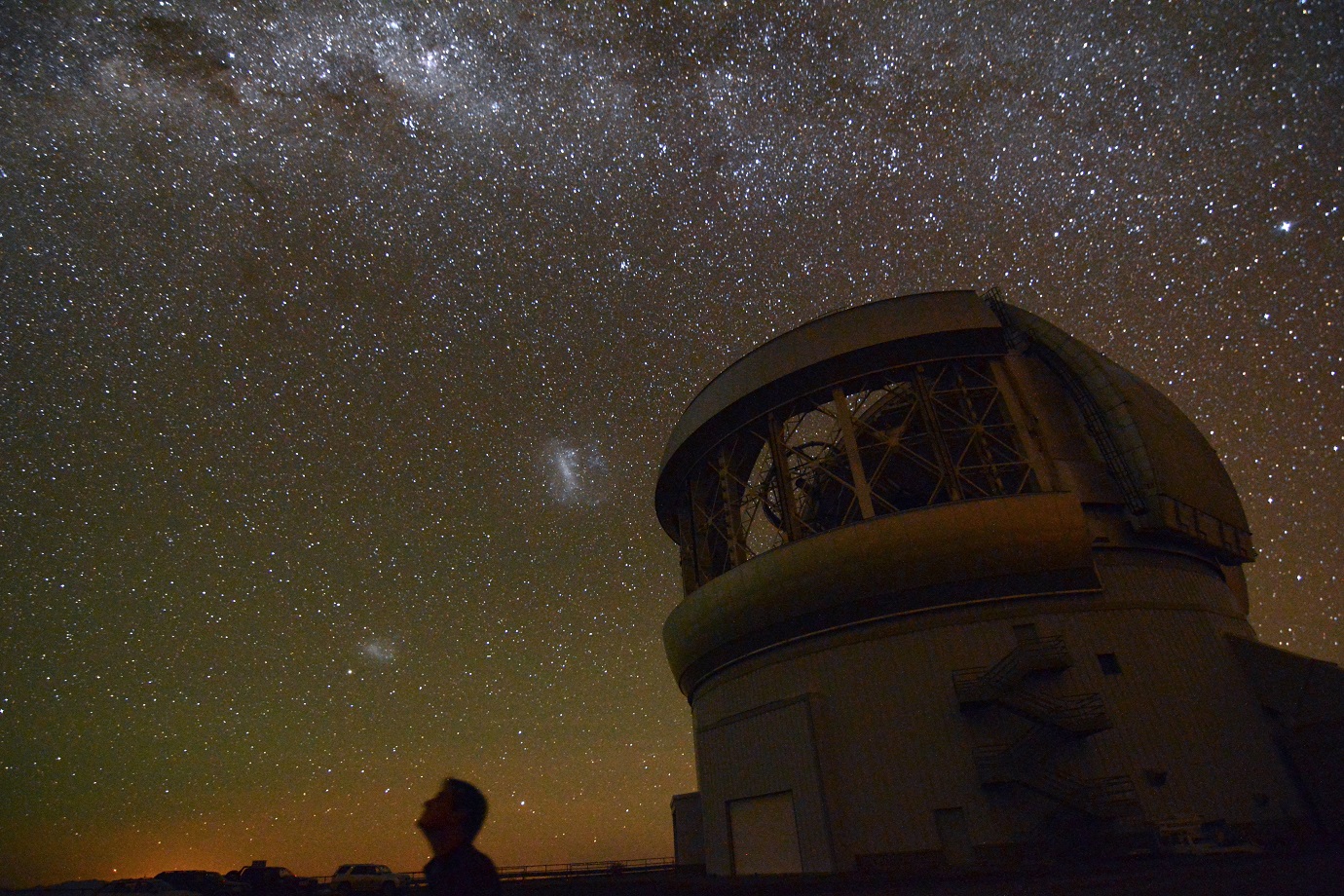 Night at the Gemini South Observatory, GPI's first home where the GPI Exoplanet Survey team observed hundreds of nearby stars.

The Gemini Planet Imager (GPI) is the next generation adaptive optics instrument built for the Gemini Telescope with the goal of directly imaging extrasolar planets orbiting nearby stars. In 2011, the GPI Exoplanet Survey (GPIES) team was selected to carry out an 890-hour survey campaign to characterize exoplanets. By the time that the survey was completed in 2019, 531 nearby stars had been observed. Among many others, the science results from this survey include 7 newly resolved debris disks, the discovery of 51 Eridani b, and the discovery of brown dwarf HR 2562 B. The first iteration of GPI, affectionately dubbed “GPI 1.0”, has been decommissioned for upgrades. The final result will be an even better instrument, GPI 2.0, that will allow the GPIES team to make even more discoveries.

GPI has been built by a consortium of U.S. and Canadian institutions, funded by the Gemini Observatory, which is an international partnership comprising the U.S.A., U.K., Canada, Australia, Argentina, Brazil & Chile. The GPIES campaign is partially funded by NSF, NASA, the University of California and the Laboratory Directed Research and Development funding at the Lawrence Livermore National Laboratory.

Initial deployment of GPI was at Gemini South, a telescope with an 8-meter diameter mirror located on Cerro Pachon (Chilean Andes) at an altitude of 2,715 meters (9,000 feet). In the spring of 2022, GPI was transferred from Gemini South to its temporary home at the University of Notre Dame. At Notre Dame, GPI will undergo a series of upgrades which will transform it into GPI 2.0. After the upgrades have taken place, GPI 2.0 will be housed at Gemini North (Gemini South’s twin), which is located on Mauna Kea, Hawaii.

After more than 5 years of development and one year of integration at UCSC LAO in 2013, the instrument was shipped to Chile in August 2013. The first light of the instrument was conducted in November 2013 and Science Operations started in 2014. From November 2014 to January 2019, our team led the GPI Exoplanet Survey to image and characterize young, Jupiter-like exoplanets. With the upgrades that give way to GPI 2.0, new and exciting exoplanets are bound to be unveiled by our survey.

GPI directly detects the light from an extrasolar planet to determine its mass and composition, with an ultimate goal of determining the nature of our own planetary system. Over 5,000 extrasolar planets have been confirmed to date (May 2022), but most of these detections come from transit events (79%), where the exoplanet passes in front of its host star as seen from Earth. The transit method can measure the planet’s size and orbit, and detections that come from the direct Doppler (18%) technique can measure the planet’s mass and orbit. But with GPI, we can directly pick out a planet from the star’s glare, and then use spectroscopy to measure the planet’s size, temperature, gravity, and even the composition of its atmosphere. GPIES uses the GPI instrument to target many stars in hopes of understanding how common – or uncommon – our own planetary system may be.

The GPI consortium built an advanced adaptive optics system using silicon microchip deformable mirrors to remove atmospheric turbulence, and coronagraphic masks to block the diffracted light from the parent star, allowing exoplanets to be observed directly. GPI provides diffraction limited images between 0.9 and 2.4 microns. Bright natural guide stars (I<9.5 mag) are required for optimal performance of the GPI adaptive optics system. The system will be able to see objects ten million times fainter than their parent star at separations of 0.2-1 arcsecond in a 1-2 hour exposure. That means that the science instrument is able to provide spectroscopy of any object observed and detect warm planets (up to one billion years in age) through their infrared light. We can also measure the polarization of light to see faint disks of dust from other solar systems’ comet and asteroid belts.

With the upgrades to be implemented for GPI 2.0, which include new coronagraphic masks and an enhanced high-sensitivity waveform sensor among other improvements, GPI will be able to detect lower mass planets within closer orbital radii.

GPI produced the first comprehensive survey of giant exoplanets in the region where giant planets exist in our solar system – within 5 to 40 astronomical units from the Sun. Dozens of these exoplanets have been bright enough for high signal-to-noise ratio spectroscopy, moving our studies of extrasolar planets into the realm of detailed astrophysics.

Below you can see all GPI observations taken for the GPI Exoplanet Survey squished into a 30 second montage.