Detour on the Route to Chile

Time for my second GPI observing run! And this one is especially exciting as this run will officially start the GPI Exoplanet Survey. Flying down to observe on GPI can be its own adventure though. The closest city to the Gemini South Telescope is La Serena. Coming from the Bay Area, it takes about a full day to get to La Serena, involving at least two layovers (e.g. Dallas and Santiago), and often it doesn’t go exactly at planned. 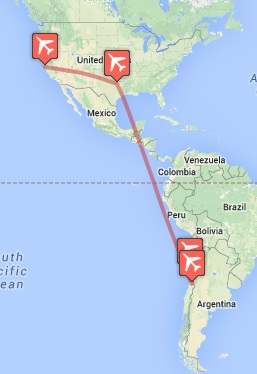 Flight path from San Francisco to La Serena. Over 10,000 km!

This time, our flight from Dallas to Santiago encountered a mechanical error and was delayed. Unfortunately, since this happened around midnight, this meant we would not fly out until the next morning. The airline had to book everyone in hotels for the night, and I’m not sure if it is because they were running low on hotel rooms, but we were booked into an extremely interesting hotel. It was a Andy Warhol themed hotel, filled with Warhol artwork and Warhol-esque furniture. The toiletries even had Warhol inspired designs (I kept one as a souvenir). Here’s a picture of the lobby, although this picture doesn’t quite do it justice. 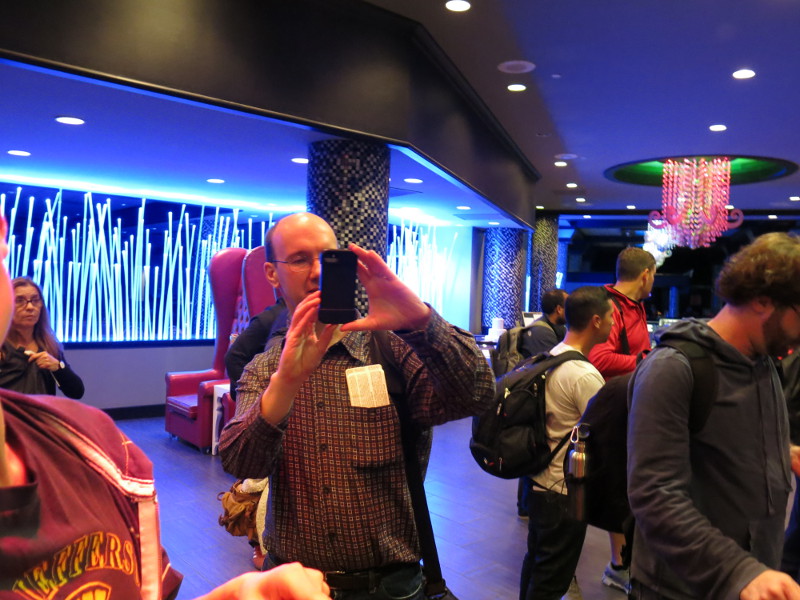 Bruce capturing the experience of the Andy Warhol themed hotel in Dallas, Texas

Here’s another shot of the lobby with some of our fellow stranded passengers waiting to check in. 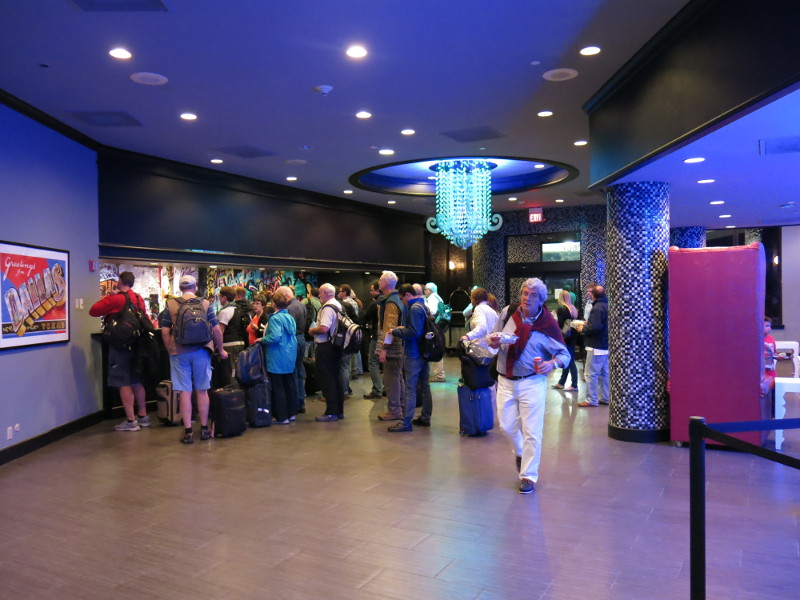 Lobby of the hotel with other stranded airline passengers looking for some rest.

This certainly was a memorable forced layover in Dallas. But now I’ve made it to the summit, it’s time to focus on finding some exoplanets!

I can spell GPI!