Happy new year, Internet! I’m starting off the year at the 225th meeting of the American Astronomical Society. It’s an annual conference where all the professional astronomers in the United States get together and talk about space! There’s been some really cool presentations, including the discovery of Earth-sized planets in possibly habitable orbits around other stars by Kepler. Sounds pretty cool right?

A subset of the GPI team was here for the AAS. We gave an update on the GPI Exoplanet Survey, presented posters on debris disks and exoplanets imaged by GPI, and even had a press conference on recent GPI results!

In addition to all the GPI results, the GPI team also had a team lunch to talk about starlight subtraction. Even with the star masked out, starlight still diffracts around the coronagraph and hides the faint exoplanets and debris disks that we are trying to see. As you might guess, starlight subtraction is a really important for GPI, especially with the kickoff of the GPI Exoplanet Survey just a couple of months ago. The content of meeting was a bit technical so I’ll spare you the summary here. It was a productive lunch though, and overall it’s been a great conference! 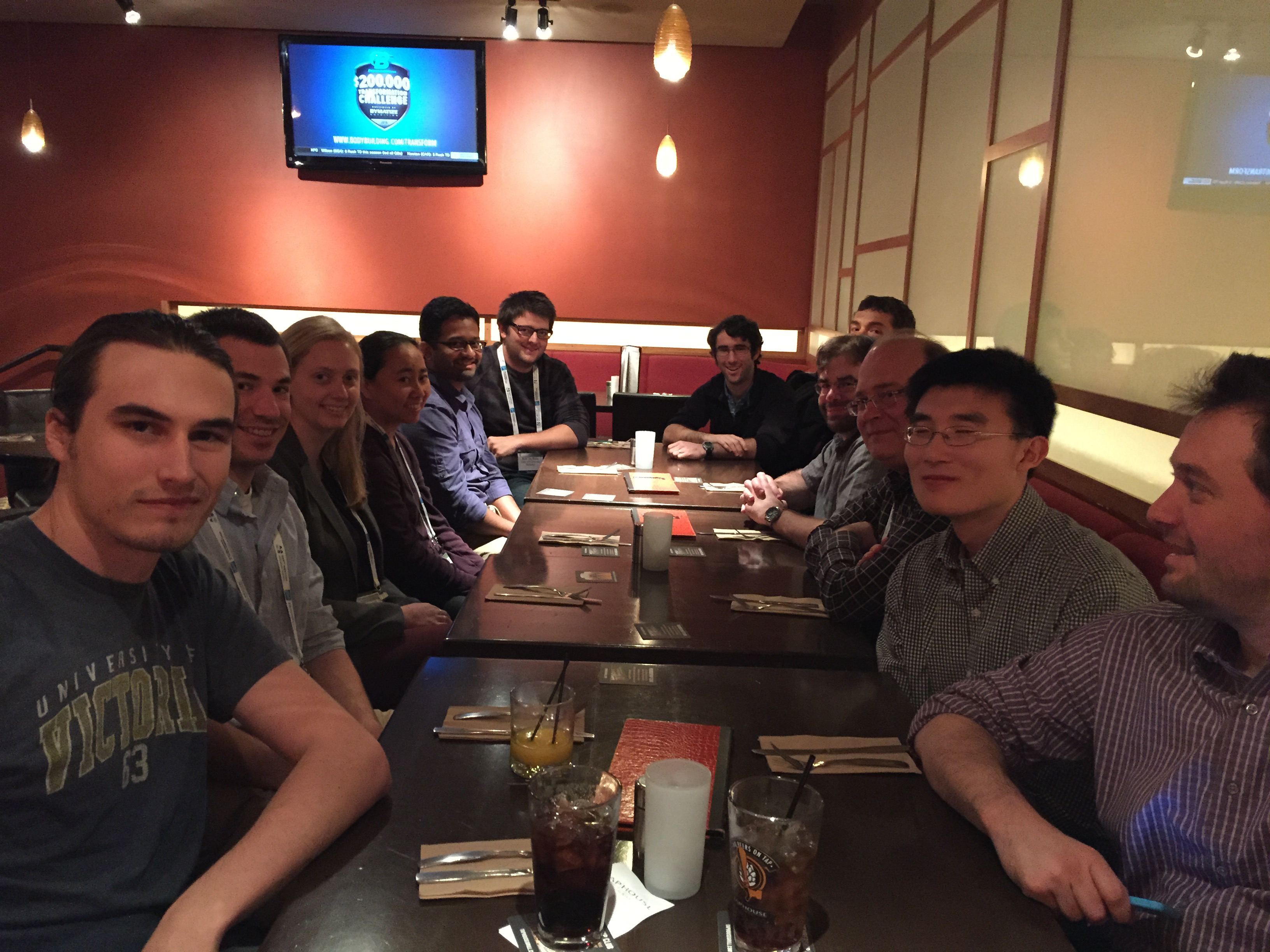